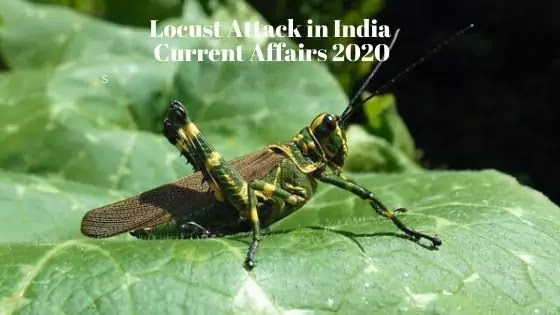 Apart from COVID 19 pandemic, heatwaves and tropical cyclones like Amphan, Nisarga India struggling with another natural phenomena i.e. Desert Locust attack. Such multifaced natural incident might bring huge food crisis in near future.
Food and Agriculture Organization (FAO) recently reported that desert locusts already caused crop infestation of 2,80,000 hectares in 13 countries before entering in India. Let us know everything about the Locust attack in India.

What is a locust? 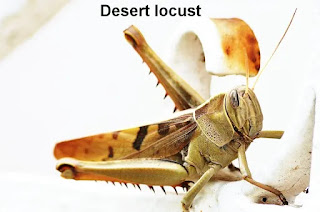 There are two types of Behavioral pattern of locust. These are Solitary and Gregarious phases.

Origin of locusts and how they invaded India? 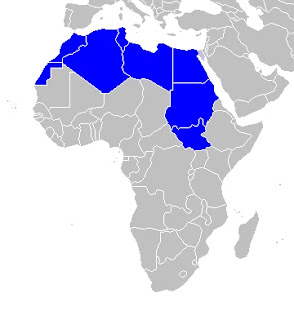 Know how the locust could be threat to agriculture in India?

Here is the worst part

Note: polyphagous insects are those which feed on various species of crops.

How to manage the locust plague in India ?

The link between locusts and climate change?

The current locust swarm originated in Northern Africa and Middle East more specifically in Iran due to the Indian Ocean Dipole. As the desert locust prefers most arid and semi-arid zones. Increased greenhouse gas emission is the reason behind the sea temperature rise which is believed to create perfect weather conditions for locust swarms in 2020 and beyond.

Precautions should be taken while combating locust attack in India.Farmers and concerned authorities should be careful while using insecticides as such these chemicals might also harm the birds which are believed to be the natural predators of locusts. Bird and plant friendly insecticides should be used in current scenario. Neem seed kernels are rich in limonoids and chemical limonoid like azadirachtin could be used been as this is certified by health authorities in the USA and Europe as being non-hazardous to birds. Some bird species like house sparrows are rarely seen around us. Bird protection should be focused more precisely which will help to combat the locust swarms in the long run.