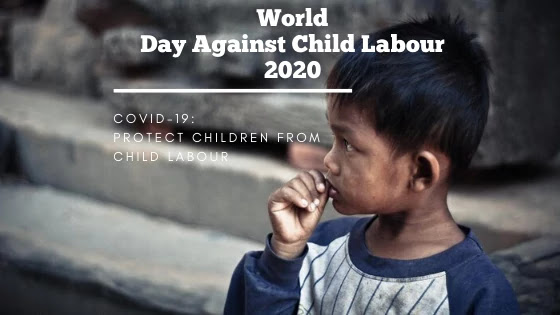 P N Bhagawati, the former Chief Justice of India once said that “The child is a soul with a being, a nature and capacities of its own, who must be helped to find them, to grow into their maturity, into a fullness of physical and vital energy and the utmost breadth, depth and height of its emotional, intellectual and spiritual being; otherwise there cannot be a healthy growth of the nation.”

The Child Right Act, 1992 and the Child Labour Act, 2000 prohibit the children below 18 years of age in organized or unorganized economic sectors. Engagement of children in working sector would be detrimental to their mental and physical growth, deprives them of the right to education, physical and mental wellbeing.
Many children from poor family were forced into the manufacturing industries as labours. They were obliged as they were out of options. They were also forced to work for longer hours without the payment for overtime work they did.

Addressing the problem of child labour in India, the Parliament of India passed ‘The Child Labour (Prohibition and Regulation) Act, 1986’. This Act declared child labour as an illegal activity and made it punishable act by any citizen of India. The Act has been enacted as an umbrella upon child labour from the abusive activities from the society. However, in spite of such laws the situation is not transparent either.

Note: Know the difference between central sector and centrally sponsored scheme
There are two types of schemes
Central sector scheme is 100% funded by the Union government and implemented by the Central Government.

Centrally Sponsored Scheme (CSS) Here the percentage of the funding is divided between the States and Union government in the ratio of 50:50, 70:30, 75:25 or 90:10 and the implemented by the State Governments.

The COVID-19 health pandemic has already created a huge recession in global economy. India is no exception. Rather the situation in India is much severe than other developing nations. labour market is completely trembled. Labours are losing their job and incomes. Some states like Uttar Pradesh, Madhya Pradesh are diluting labour laws. Their rights are being taken away; they are being forced to work for 12 hours instead of 8 hours. These states are taking amoral and perverse steps in the name of boosting economic activity.

Steps to be taken to combat Child labour

Children are the supreme asset of a Nation and Child labour is a significant problem in India. In order to save our asset from the crisis of child labour we need to find the root cause. There are two root cause. First root cause is lack of standard primary education. The primary education should be made compulsory and thus it would be elemental in providing equal opportunities for development to all children
And second root cause is the poverty.If poverty is addressed at root level, the demand of child labour will automatically diminish. Only then will India succeed in the battle against child labour.
Share The Article